"The pages are still blank, but there is a miraculous feeling of the words being there, written in invisible ink and clamoring to become visible." -Vladimir Nobokov Dear October,
Here are some of the things I did today:

2. Had pumpkin cake for breakfast at my favorite coffee shop.

6. Talked about Paris, cats, and music videos over dinner.

7. Watched one of my favorite movies ever, for like the millionth time. (Ever After - Oh, 90s movie trailers how I love you)

Extra Thoughts:
-First Light was really good! It's a middle grade book about two kids from separate worlds: one is a boy visiting Greenland with his scientist parents, the other is a girl who is part of an ancient civilization who have build a home for themselves deep under the ice. I've read one other book by Rebecca Stead, and each time I am blown away by her writing. It is beautiful in its simplicity, and she is one of those rare children's book authors whose prose feels effortless, as though someone is just telling you a good story. I enjoyed this book just as much now as I would have when I was ten, and if you're up for a good adventure story with endearing characters, I highly recommend picking it up.

-I actually didn't write as much as I had hoped for today, but I'm trying to teach myself to be happy with new words, now matter how abundant they are (or aren't). Most of the time I think I have to rush through writing stories or I'll never finish them, but I've been trying to go at a slower pace and let this story unfold at its own pace. I have a sign up in my room that says "Trust the Process." It's so easy to want to jump to the finish line, but I'm re-discovering the joy of simply putting down words.

-Need podcast recommendations? My go-to's are Radiolab and 99% Invisible, but lately I've been listening to the Love Hurts series on a podcast called Strangers. Just, wow. So raw, so real, so fascinating. Also, if you don't listen to podcasts, I suggest you start. Audio is the one of the most incredible storytelling mediums I've come across.

-And finally, Ever After. I did sort of watch it for a reason besides, you know, re-living my childhood. In my Renaissance Art History class we are talking about the "making of an artist," and specifically the stories we tell about artists and why some of them loom so large in our cultural consciousness. One of the ones we've been talking about is, of course, Leonardo da Vinci, and we have to do a project where we write our own narrative about the artist, based on both scholarly and pop culture sources. Since da Vinci makes a pretty prominent cameo in Ever After, I thought I'd give it another viewing. I'm not sure I gained much more insight into da Vinci as an artist besides the fact that his movie self fits very nicely into the "wise old man" trope, but I did discover that I can quote almost every line. I guess that shouldn't come as a surprise, judging by the number of times I've watched it...

Well, I think that's a long enough letter for one evening. Tomorrow will most likely be another day of writing and reading, and maybe some laundry....Exciting, I know.

Song of the Day: Land of the Living by Roo Panes

Email ThisBlogThis!Share to TwitterShare to FacebookShare to Pinterest
Labels: letters to october 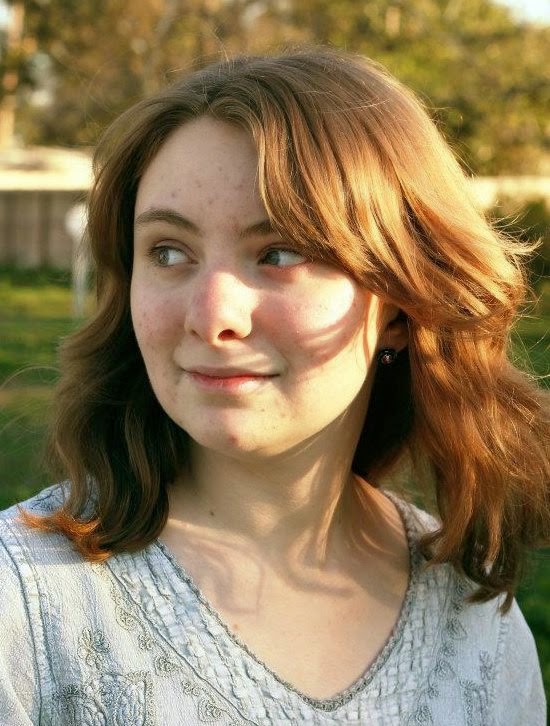 Welcome to The Blank Page. I'm Laura: a writer, creative dabbler, and wanderer. Here you'll find musings on books, writing, travel, and the creative life. I hope you'll stay a while!